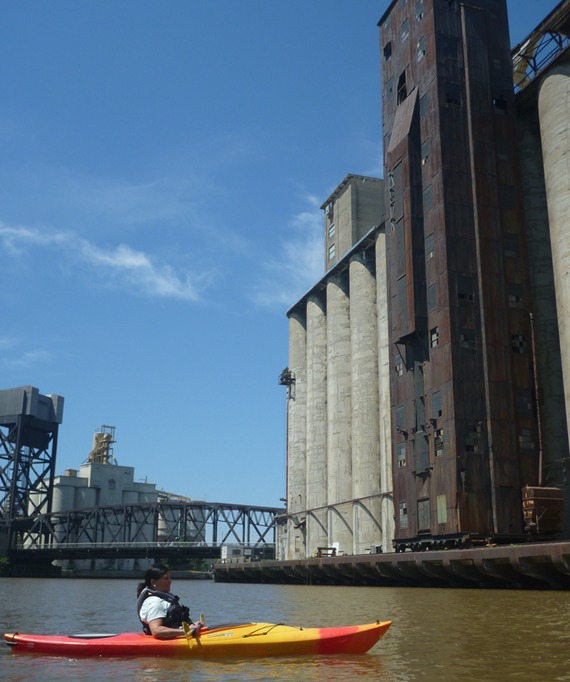 The Buffalo Paddle-Bike-Run Courses consist of varying routes depending on ability.  As a beginner you can work as a team on shorter routes to complete a 2 or 4 mile paddle leaving from Silo City as an out and back route.  Next you will transition to a bike that will take you on an 18 mile journey out Buffalo's scenic harbor along Fuhrmann Boulevard and Wilkenson Point before turning around at the wildlife preservation area just before the Erie County Coast Gard Station.  You will then travel past Gallagher Pier and the newly refurbished outer harbor.  At Tift Street you will travel on bike paths routes through the Buffalo Ship Canal and into another of one of Buffalo's newly recovered parks.  After this you will peddle to the Eire County Botanical Gardens where you will see the breathtaking scenery with the Our Lady of Basilica in the backdrop.  From here you will return along Buffalo's newly repaved bike paths to Silo City to complete the final running portion of the race.  The run is a first time exciting trail run around Silo City and their newly renovated grounds.  you will begin by entering the Silos.  That's right, running straight through the silos and then meandering around the grounds before coming to a finish between the silo corridors.  this promises to be the most scenic and exciting race you have ever completed.  Course maps can be viewed below. 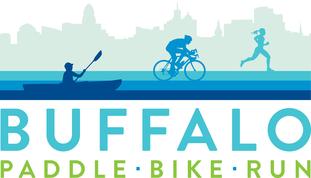